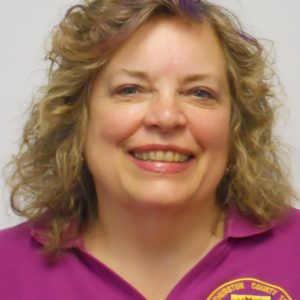 Meredith and her husband, Jim, began volunteering with the Griffin Fire Auxiliary following an unfortunate incident in which their compost pile spontaneously combusted and they had to contact the fire department for help.

Meredith was first elected and began serving as a fire commissioner in 2008 and is currently in her second term.  She is active in the Thurston County Fire Commissioner’s Association and served as president of that organization.

She is an attorney and was Senior Counsel with the Office of the Attorney General from 1978 – 2003.  Since 2003 she has been in private practice.  She served on the Washington State Board of Bar Examiners for many years writing and grading bar exams.

Meredith and Jim are members of St. Christopher’s Community Church.  She was on the board of the Washington Center for the Performing Arts for six years and continues to support the Center.

She enjoys her Monday tap classes at our Prosperity Grange, Broadway musicals, events at the Washington Center, travel and anything purple.