History of the Department

The Griffin Fire Department was established on September 11, 1962 and became the thirteenth (13th) Fire District in Thurston County. Rather than rely on the McLane Fire Department (Thurston County Fire Department #9), it was felt that the residents of the Steamboat Island Peninsula could be better served by a local fire department. A citizen’s group solicited time, money, and skills from the 1,035 property owner in the area. Five thousand dollars were raised to start building the first two fire barns. These barns eventually became Station 13-1 and Station 13-2. The Prosperity Grange leased adjacent land to the Department for the construction of the first barn (Station 13-1). Station 13-2 was built next to Rignall Hall. The construction of these buildings was done by volunteers. An auxiliary was formed and raised money for equipment and two fire trucks. 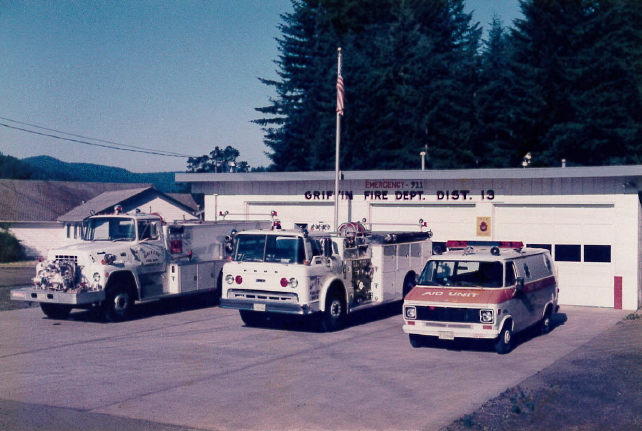 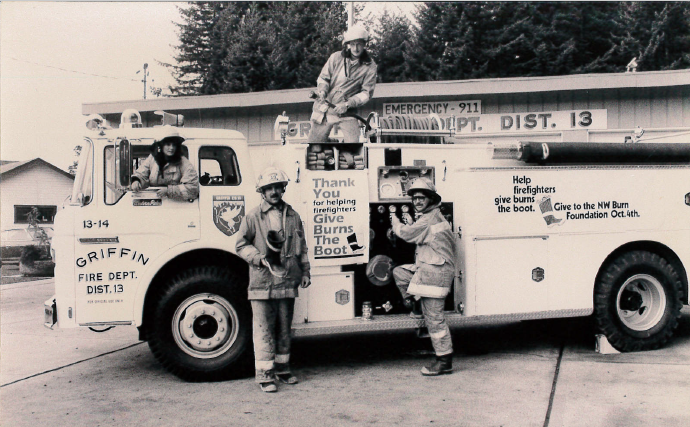 The name Griffin comes from Judge Griffin, who donated land for a new school after the old Schneider’s Prairie Schoolhouse burned to the ground in the summer of 1926. The Griffin Fire Department covers approximately the same area as the Griffin School District. The department patch pictures a Griffin (a mythical creature with the body of a lion and the head and wings of an eagle) holding a hose and axe.

In July, 1963 two fire trucks were leased and delivered from Western State Pumpers. They were Ford F600s, each with a pumping capacity of 750 gallons per minute with 600 gallon tanks. A used Union Oil tanker truck was purchased to be used as a tender. It was painted white to match the leased fire trucks. That same year the Griffin Fire Department responded to only one call for help, however by the end of 1968 the Fire Department had responded on over 100 total alarms. In 1978 the Griffin Fire Department had the first 100+ call year since being established. In 1987, 200+ calls in a calendar year, and over 300 in 1995. 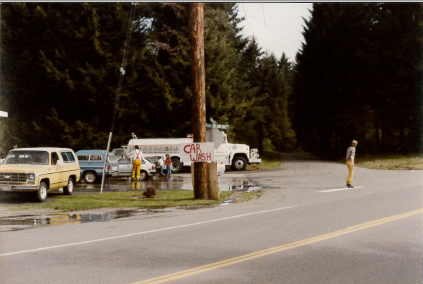 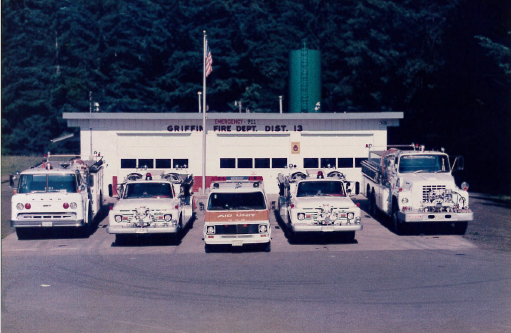 In 1964, plectron radios were purchased and installed in the homes of the volunteer. This gave them direct communication from CAPCOM. Through community support and donated land, two more stations were built, Station 13-3 in 1984 to serve the Gravelly Beach area and Station 13-4 in 1985 to serve Burns Point and the Oyster Bay area. Women volunteers joined the fire department in 1970. The first paid firefighter was hired in 1979. 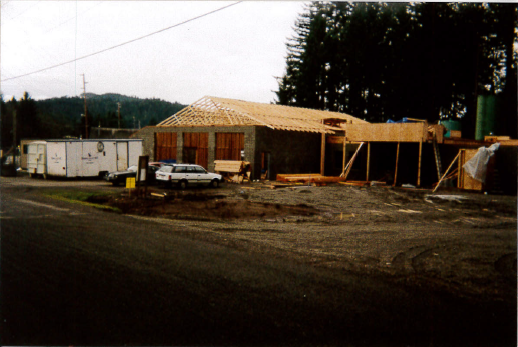 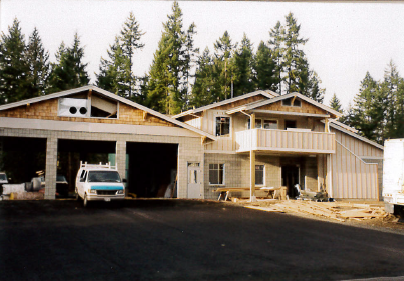 In 1996, a Citizens Advisory Committee recommended expanding Stations 13-1 and 13-2, and voters approved a $2.26 million bond. The two new stations, in service today, were constructed with living quarters and dedicated in 1998, along with the start of the resident program. In 2015, the Department had five paid positions and 40 volunteers. The number of calls the department responds to is partially due to the growth of the area and also due to the responsibilities that the Fire Service has taken on, to include: Emergency Medical Services (EMS), Hazardous Materials (Hazmat), Rescue (Both on land and water), Motor Vehicle Accidents (MVA), Brush/ Forest Fires, Trees and Power lines down, Flooding (Water in basements).

"The Griffin fire department is a collection of exemplary individuals banded together by a common goal: to selflessly serve the community of Steamboat Island. We are passionate about the people we serve and the relationships we create." 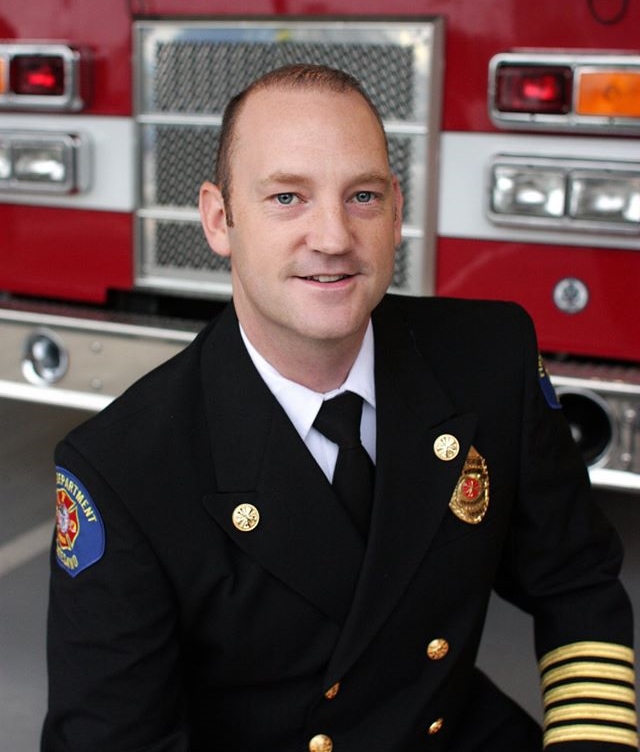